I’ve been blogging every day for two weeks straight, which means we’re on to Day 15 of NaBloPoMo.  Today’s theme is Frenemy, that devious portmanteau.

As I’ve said before, I’m kind of a jealous person.  So it probably goes without saying that I’m prone to frenemies.  You know, friends that are also enemies?  My most memorable frenemy was a girl named Jackie.  Is it me, or are they always named Jackie? (No offense if that’s your name.  It just means you are stunning and perfect and I’m jealous of you).

Jackie and I met in law school.  I was unbelievably threatened by her because she was basically the upgraded version of me.  A more brunette brunette, with bluer blue eyes, and whiter white teeth.  Thinner than I was, but not so thin that it didn’t look good.  A runner like me, but she ran farther and faster.  She was smart, she was funny, she could sing.  And socially, way less awkward than me.  Honestly, I don’t even know why she was friends with me.  Deep down, ugh, I just kind of wanted Jackie to fail at things a little bit.  Nothing serious, of course, maybe she could just gain 20-30 pounds and develop some acne?

After law school, Jackie and I both joined the same law firm.  Needless to say, she was a pretty big hit.  One day, she got drunk at a recruiting event and accidentally replied-all on her blackberry to a firm-wide email, sending a “$” in response to a message about our recent deals and cases.  Everyone thought it was adorable.  Classic Jackie.

And while we were working in New York together, Jackie got into the NYC Marathon through the lottery system.  And when she crossed the finish line, she threw her hands in the air and flashed her toothpaste-ad-worthy pearly whites.  I know this because her picture ended up on the cover of the online edition of the New York Times.  Classic Jackie.

We don’t talk or see each other much anymore, but I still find myself jealous of Jackie all the time.  Is that pathetic or what?  It doesn’t help that her Instagram game is on point. Like, can you please stop traveling to Iceland and Zimbabwe so I can be satisfied with my life?

Therein lies the problem with frenemies, at least for me.  It can’t be healthy to get so worked up about what someone else has, especially when what you have is pretty freaking good.  I’m 32 now, it might be time to learn how to be happy with myself, my life, my choices.  Honestly, who cares if my friends are running marathons and starting charities in Africa.

Happy NaBloPoMo Day 14, where my self-assigned theme is Money.  As Wyclef Jean would say, dolla’ dolla’ bill y’all!  Don’t forget to read yesterday’s post, where I admit I would pay so many big ones to get my daughter to sleep through the night.

Allow me to get a bit inelegant up in here as I crudely discuss my family’s finances.  So Hubby and I, we have an MD and a JD to our respective names.  We must be rolling in it, right? Well, no, not so much.  Not when you consider the fact that I left my high-paying job to be a stay-at-home mom indefinitely.  And not when you consider the fact that Hubby is in his first year of residency, and residents are paid almost zero dollars.  I’m not even joking when I say his salary is 1/6 of what my salary was when I left my biglaw job.

We’re a family of four living on a pretty meager paycheck.  Are we broke or what?  Thankfully, we’re not about to be in the poorhouse.  When I was working and Hubby was in med school, we weren’t the most frugal people you ever met.  But we were careful enough to pay off my loans, cover about half of his education bills, and build a nice little nest egg in a savings account. And now — as we’ve always planned — we’re tapping into that nest egg so we can afford for me to stay at home with the kids for a bit.

That being said, we’d like to have some savings left on the other side of Hubby’s residency.  Our lifestyle still has to change drastically.  Drastically.  When we crunch the numbers, after everything, we’ve really got to be spending about 1/4 as much as we did before I left my job.

So how do you do that? No, seriously, this isn’t a how-to post. I need somebody to tell me how to do that.  Here’s what we’ve figured out so far:

It’s a steep learning curve, but we’ll figure it out, right? 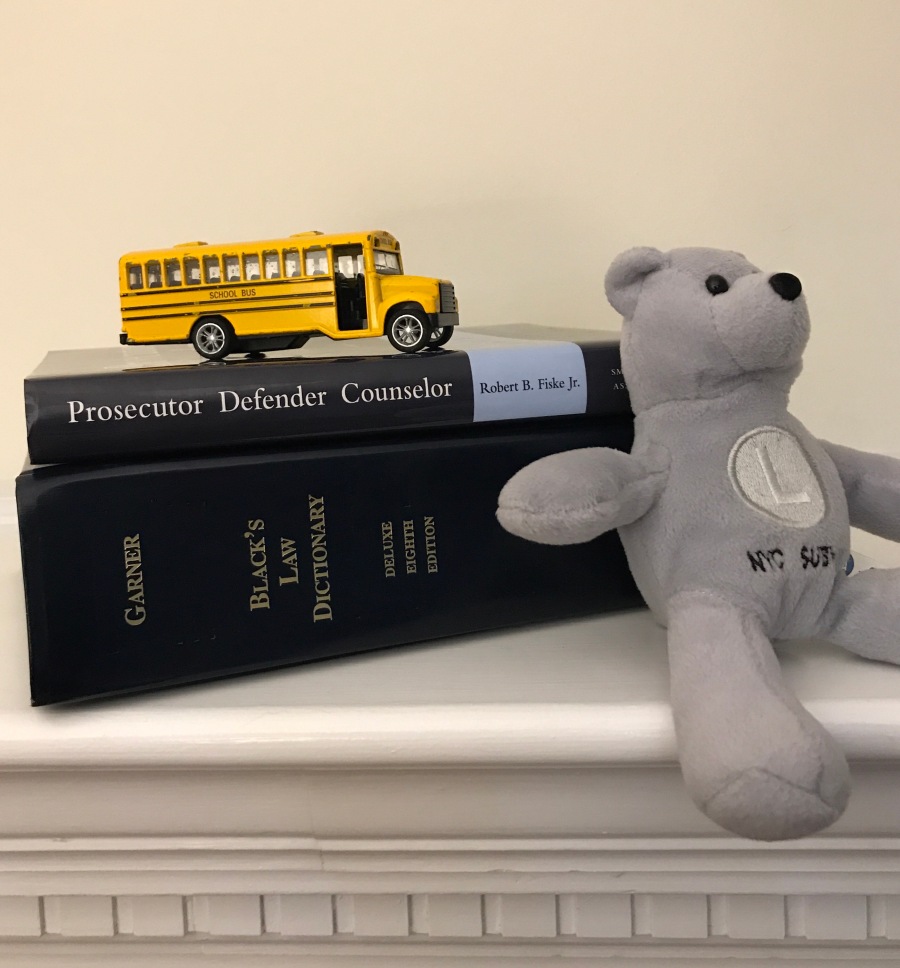 Today’s theme in my self-designed NaBloPoMo is Career.  Don’t forget to read yesterday’s  post, where I reminisced about my stupid ex-boyfriend.

This week, I have to shell out $375 big ones to renew my biannual attorney registration in New York.  Blurgh.  It’s giving me a lot of heartburn, not just because my old firm used to cover this cost, but also because I don’t know if I’ll ever lawyer again.  Am I wasting my money?*

As much as I’m enjoying it, I don’t plan to be a stay-at-home-mom indefinitely.  I expect to re-enter the out-of-home work force again someday, probably once the kids are in school.  But that is about as solid as my plans get.  In a few years, will I be ready to return to lawyering? I’m really not sure.

Lawyering and I — we knew each other for seven years.  And after all that time, I’m still not sure I would call us friends.  Most of the time, I hated my old job at a big corporate law firm.  It really boiled down to two things:

Maybe corporate law isn’t in my future, but does that mean I have to walk away from the legal field entirely? I invested six figures and three years into getting my JD.  That’s a lot to leave on the table, and surely there are other areas of law that aren’t as wholly demoralizing.  But will anyone want to hire me for a specialty that I’m not trained in, especially after a 3+ year hiatus?

To be fair, I have paid off all my law school loans, and I was a lawyer for longer than I was a law student, so maybe it’s okay to move on?  The real problem with moving on is, I have zero — ZERO — clue what else I could do as a career.

I like sports . . . I could do something in sports? [There’s a little George Costanza Easter egg for you.]

More seriously, when I was having a rough day at my old job, you know what I dreamed about doing instead? Being a math tutor. Weird, right?

Maybe I’ll get lucky and my dream job will fall into my lap.  Or who knows, maybe I’ll embrace the long-term SAHM-gig, go hard with the PTA, and coach the shit out of some little league.  I have a few years to figure it out.

*I can’t just let my registration lapse while I take some time off.  I mean, I could, but then if I ever wanted to go back to the lawyer world, I would have to apply to get reinstated with the bar, which would be a major bummer.